Footy Tipping is more than an excuse to get violent at work, it's an Australian institution ...​

Office rivalries and bragging rights. It's the  'League wankers' versus the 'Aerial Ping Pong tight shorts brigade'
​... oh and Dave from accounting - what a pelican!

Footy tipping is not so much an Aussie past time as it is an institution and signifies that time of the year when its socially acceptable to go to work wearing nothing but a tutu and that Merv Hughes Moustache you've been working on for the better part of 2 years. It is that time of year when office rivalries come to the fore and shit starts to get serious... and Dave from accounts is one stupid look away from getting a stapler thrown at his face - I swear to bloody God!
​ 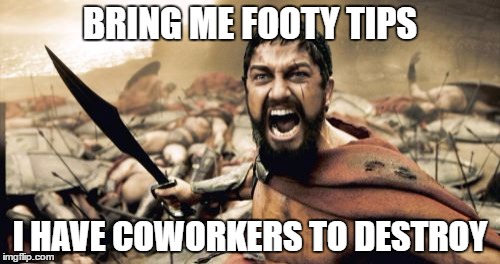 As the 2017 AFL and NRL seasons kick off, so too does the most lucrative footy tipping competition since... well since last year actually. Let's explore this great Australian past-time and find out what all the fuss is about...

The Sportsbet Million Dollar Tipping Competition is without doubt the most talked about and popular footy tipping competition held publicly in Australia each year. While there are a myriad of other equally successful and publicly known Footy Tipping comps for both the AFL and NRL footy codes, the promise of such a massive amount of money draws the crowds in - young and old.

Whether you're a League supporter or your heart lies in Victoria making you an AFL lover - the options for tipping each week are endless and provide the average punter with more than enough choice when it comes to deciding how to put themselves in the best position to share in the most lucrative footy tipping competition - well anywhere to be honest.

Below you will find links to our AFL and NRL Footy Tipping Pages - both of which contain an updated list of the best Free Footy Tipping Competitions you can join in 2017 - the Sportsbet Million Dollar Tipping comp amongst them obviously.
I 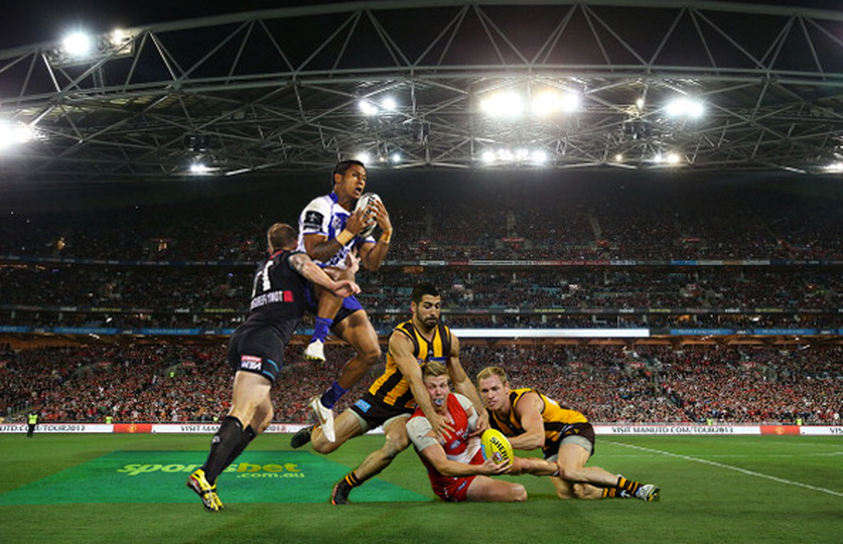 ﻿Both the NRL (Rugby League) and the AFL (Australian Football League) are incredibly popular sports - so popular that they are the most widely watched and bet on sports in the world. Of course the fact that Australians love to gamble more than any other nation makes this fact a little less impressive - it still speaks volumes for why there is such an onus placed on the Footy Tipping Competitions that accompany the applicable code each and every season. Whether you're a serious punter who makes a living from following the sport and looking for variables etc or you are just like the majority of us, interested only in having a bit of a laugh, with expectations no higher than at least beating our co-workers, because Bragging Rights (yo)

Footy Tipping Rocks - If You Know What I Meme ;)